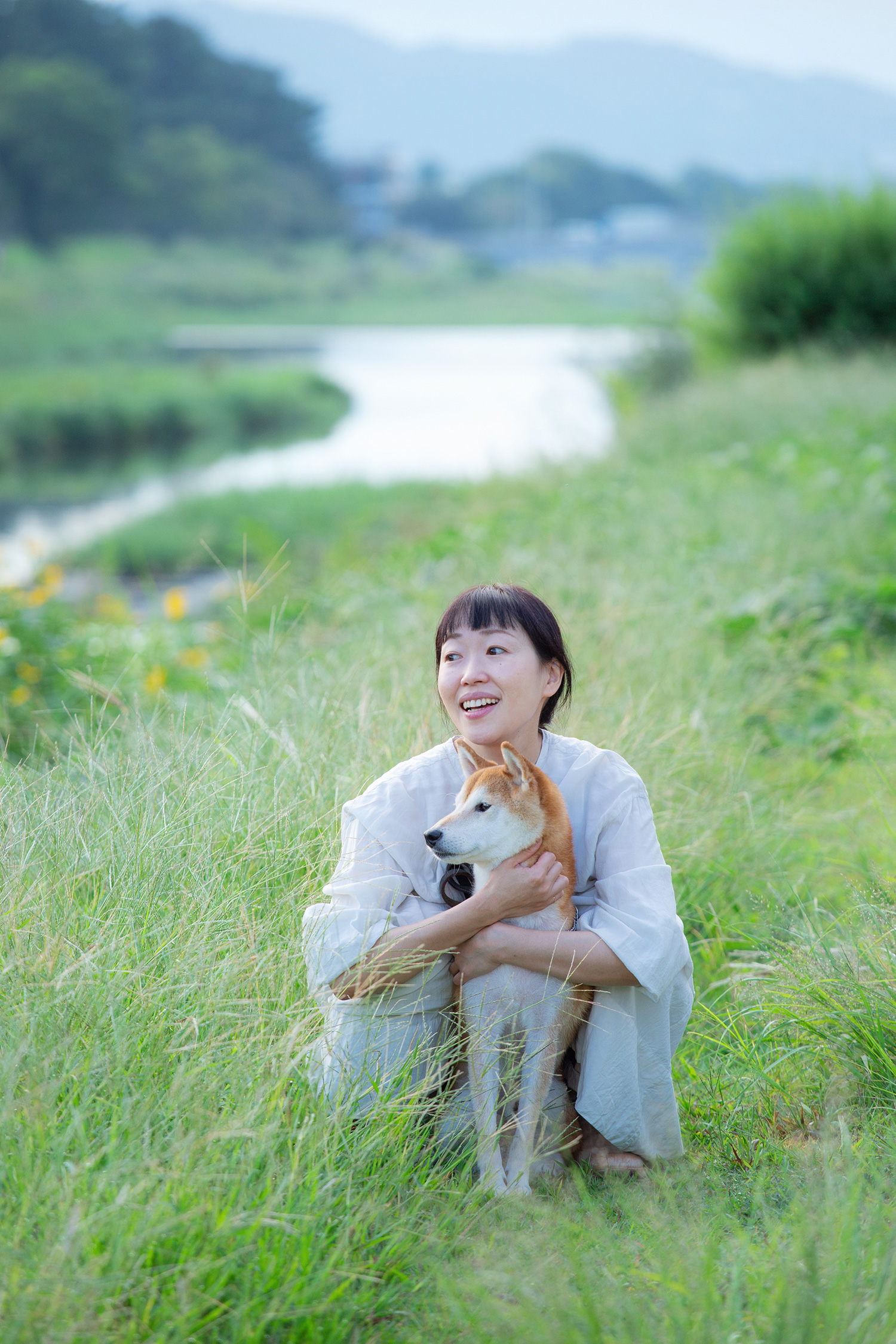 Born in Shizuoka Prefecture, Japan, yacmii became familiar with crafting things at an early age thanks to her parents, who would often tell her, “Make what you don't have. Make what you want.”

She began to pursue freestyle three-dimensional expression in high school, going on to major in sculpture at college and further honing her skills in the Department of Sculpture at Tama Art University's Graduate School of Art and Design.

One day, after repairing a long-treasured embroidered hair ornament, yacmii began to immerse herself in the art of expression through embroidery. Using visual tricks, she crafted her own techniques for creating embroidery that appears to stand on its own without any support. She carved out an artistic identity for herself, putting a great deal of thought into color schemes and yarn patterns, such as blues produced without using blue, and the use of weft threads to create a sense of vertical movement.

Inspired by her former teacher Professor Atsuo Ishii, who told her, “There are countless ways to express yourself, but whichever you choose, always remember that you are a sculptor," she began working under the name "yacmii" in 2010 to create artworks that, as the embroidery of a sculptor, project a feeling of three-dimensionality.

The name yacmii comes from the Japanese word Yakumi, which could be translated as a spice, and reflects her desire for her works to be spices in the daily lives of those who view them. The signs, smells, warmth, sounds, and tastes that linger in the ordinary but irreplaceable moments of our daily lives—transforming such cherished memories into embroidered art, these memories become a record. That record, in turn, overlaps with memories in the mind of the viewer.

The hands of her mother who held her when she was a little girl; the love of her father who gave her some of her favorite food from his own plate at the dinner table; the animals that are always at her side as inseparable companions... yacmii seeks to blend the “gentle lie” of embroidery into the reality of everyday life and bring a smile to the viewer's face. What she creates has nothing to do with any esoteric philosophy; rather, she hopes that they are silly, sad, funny, nostalgic, and at the same time, gentle.

Recently, an increasing number of her works incorporate movement. Her embroidery is tightly packed and sturdy so that it can be played with and admired for years to come. 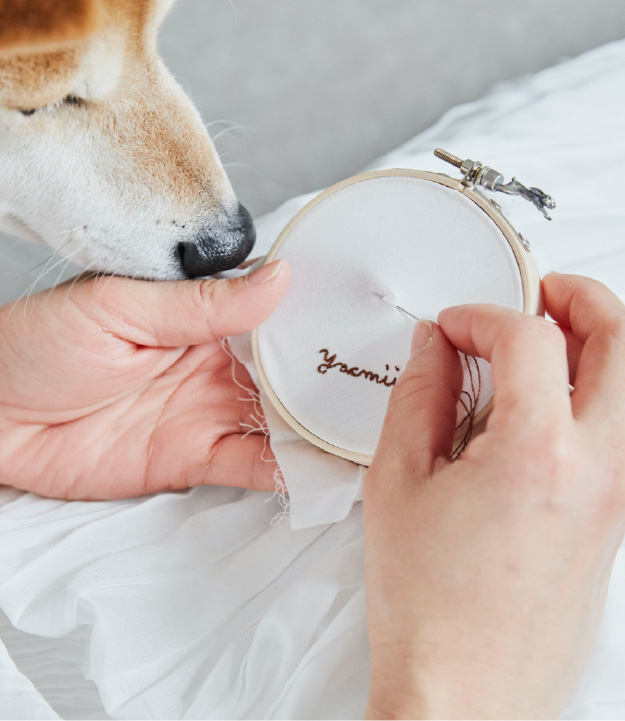